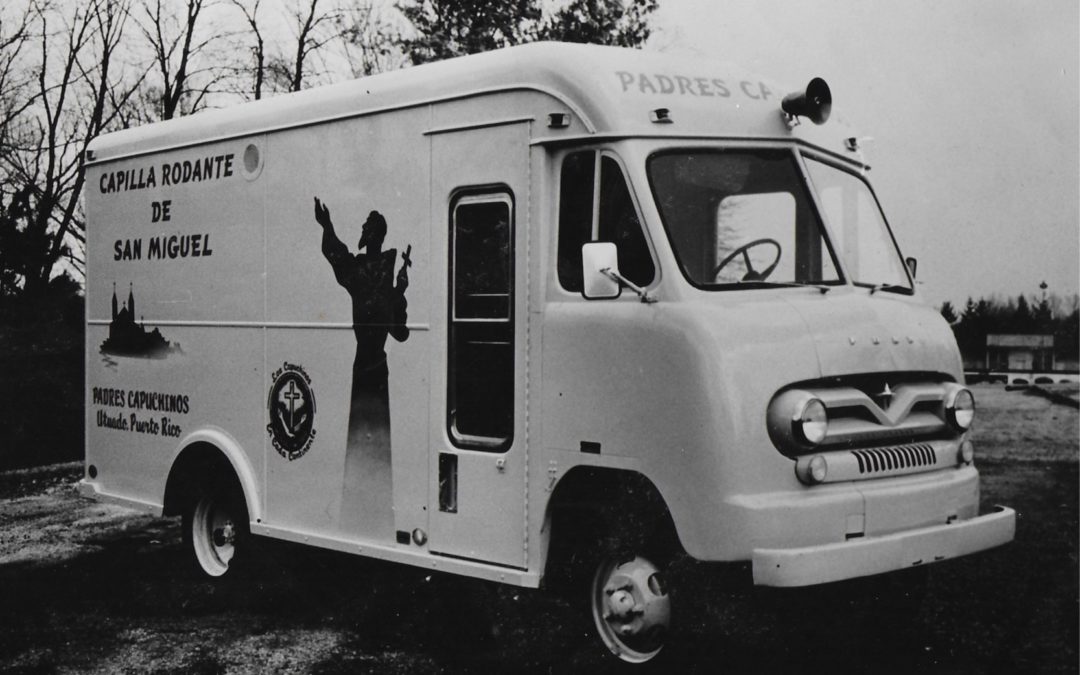 As a young missionary in Puerto Rico, Fr. Leon Leitem operated a “mobile chapel” to bring the Mass to the impoverished faithful of the barrios. Almost 60 years later, Fr. Leon still offers Mass every Sunday for Spanish-speaking communities, now in western Pennsylvania. His zeal and energy for the Lord and the Church continue to inspire others.

Born in Butler, PA, the first of four children, Fr. Leon was slated to go to the missions in Papua New Guinea immediately after his ordination to the priesthood in 1957. That assignment was abruptly changed, and Fr. Leon began a labor of love in Puerto Rico that would endure for nearly 30 years.

He learned Spanish in Utuado and was given the responsibility to serve 24 barrios in the surrounding mountains. Rather than building 24 chapels, the faithful utilized a mobile chapel. Fr. Leon drove the chapel through rugged mountain roads and through running streams to bring the Mass to the poor people of central Puerto Rico.

After several years of parish ministry, Fr. Leon was asked to guide and direct young Puerto Rican men in the Capuchin way of life. He remembers as a youngster himself, how impressed he was with the “down-to-earth” Capuchin friars. He knew them to be holy and joyful. Fr. Leon wanted to transfer his same childhood imagery of the Capuchins on to the young friars of Puerto Rico. 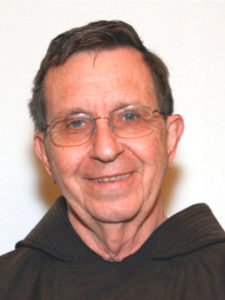 When Fr. Leon asked to return to the mainland United States, he resumed parish ministry.

Whether on the island of Puerto Rico or in the continental United States, Fr. Leon was often inspired by the faith and holiness of ordinary parishioners.

Although he is retired, Fr. Leon readily avails himself to help in nearby parishes throughout the week. On Sundays, he offers Mass in Spanish for local parishes.

Every morning Fr. Leon enters chapel early, to pray and meditate for more than 90 minutes before the friary Mass. He is prayerful and kind, always generous with his time and energy.