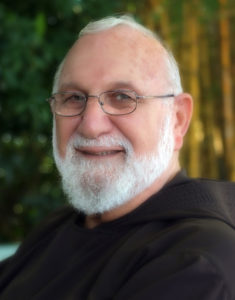 Since 1960, Fr. Mario has lived and worked in Puerto Rico. From serving as an assistant priest in country chapels to being a professor in the nursing department of the Pontifical University of Puerto Rico, Fr. Mario knows and loves Puerto Rico.

He was born in New Castle, PA, made his first vows as a Capuchin friar in 1952, and was ordained to the priesthood in 1958. This year he celebrates his 60th anniversary of ordination.

Fr. Mario was very involved in the formation of friars and priests. Seminarians, Sisters and priests sought him out for spiritual direction. His joy and approachability are hallmarks of his personality.

He also has a compassionate heart for the sick, leading him to earn a degree in nursing. Fr. Mario was particularly drawn to those with terminal illnesses.

In retirement, he remains busy with preaching and spiritual direction. 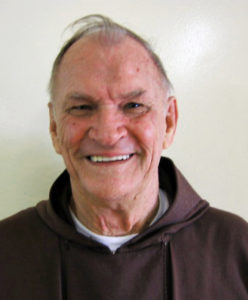 Papua New Guinea and Fr. Ben were made for each other.

As soon as he finished his studies at Catholic University in 1960, Fr. Ben was headed for the missions. He arrived only four years after the first Catholic missionaries arrived in the Southern Highlands region of the country. The rugged, mountainous life was suited to this native of Cumberland, MD.

Fr. Ben became a Capuchin in 1952, and was ordained in 1958. He served as a missionary for 51 years. He was a bush priest, unafraid of the challenges and hardships of venturing into the remotest areas of the Southern Highlands to introduce people to Jesus Christ and the Catholic Church.

And even after he returned to the United States, retiring from the missions, he was called back to serve yet another year or so. 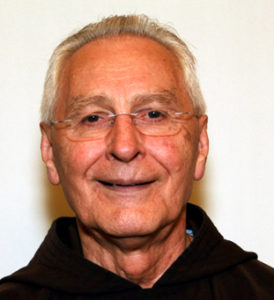 He is known for his love of literature and the arts. As a professor at St. Fidelis College Seminary he shared that love with his students.

Fr. Gervase began his teaching career as a professor of theology at Capuchin College, instructing men only a year or two younger than he.

Later, he earned a degree in English from Carnegie Mellon University in Pittsburgh. He served in many capacities at St. Fidelis College for 14 years.

After the seminary program moved to Borromeo Seminary in Ohio, Fr. Gervase became an assistant parish priest at St. Joseph Church in York, PA. Seven years later he was elected Vicar Provincial, serving the friars in a leadership role for the next decade.

Fr. Gervase served as parochial vicar at Our Lady of the Angels parish in Pittsburgh, and subsequently as chaplain to the Sisters of St. Francis in Millvale, PA.

His physical condition required him to retire in 2017.