“Prayer is the best weapon we have; it is the key to God’s heart. You must speak to Jesus not only with your lips, but with your heart. In fact on certain occasions you should only speak to Him with your heart.”

The Padre Pio Prayer Center is an evangelization project that connects a Philadelphia neighborhood with Capuchin friars. The mission is simple: give witness to the love of Christ.

With the spirit of St. Francis as its backdrop, the center located in Frankford, PA invites people of all ages to care for the spiritual, corporal, and emotional needs of the community. The Center’s mission comes to life through prayer, community events and evangelical outreach, sometimes dubbed “street ministry.”

Intentionally named, the Center builds a culture that emulates the spiritual life of St. Padre Pio who encouraged others to pray: “Prayer is the best weapon we have; it is the key to God’s heart. You must speak to Jesus not only with your lips, but with your heart. In fact on certain occasions you should only speak to Him with your heart.” 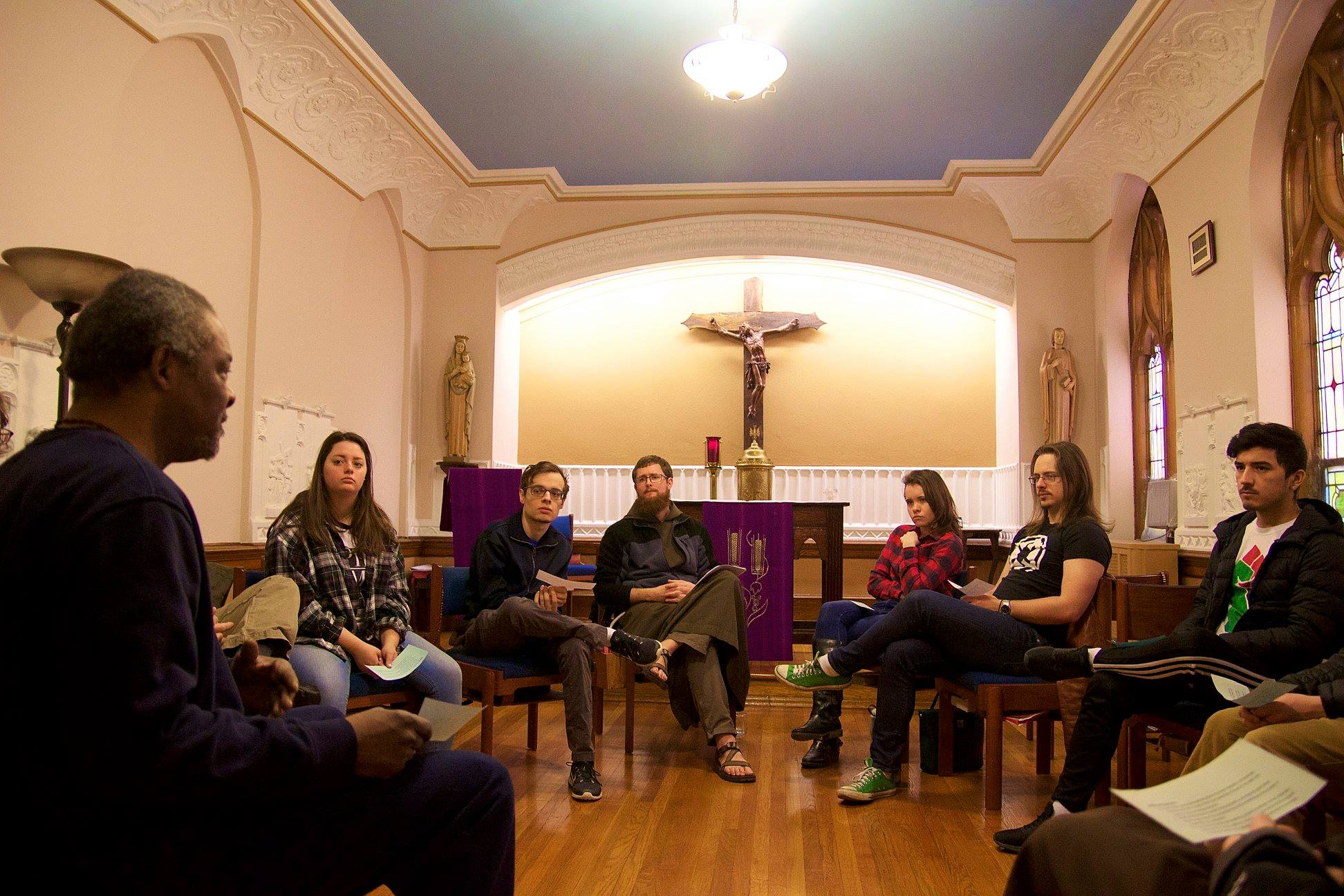 Fr. Jim Mungovan, a Capuchin missionary returned from service in Papua New Guinea, was the first of the trio of friars to arrive onsite. He began envisioning the impact of what a ministry of evangelization could look like. A year later, he was joined by Bro. Andrew McCarty and Bro. Ross Henley. In short order, the Center has become a beacon of hope in the Frankford community and surrounding neighborhoods.

Mass is celebrated at the Center Monday through Saturday, and the chapel is open for silent prayer every week night. Eucharistic Adoration is midweek, along with the Sacrament of Reconciliation. Fridays are highlighted by Taizé evenings, a form of prayer and praise using reflective songs sung in multiple languages.

In addition to its spiritual activities, the Padre Pio Prayer Center encourages neighborhood engagements that heighten awareness and build relationships among neighbors. Community Nights begin with a simple dinner followed by games or a movie. The Center also hosts an active youth group.

Additionally, the Frankford Works Narcotics Anonymous Group for those trapped in the midst of addiction meets Wednesday evenings. Bro. Ross knows this forum to be an ideal way to encounter those in need. “We do what we can to reach out to the marginalized,” Bro. Ross said. “The spiritual recovery of their faith is important.”

Great things are happening at the Padre Pio Prayer Center! Recently the neighborhood honored and remembered those who died of homelessness in Philadelphia in an evening prayer vigil. Small faith groups formed during Advent and will do so again in Lent to share life experiences of struggle, hope, and God’s deep mercy and love. Regularly friends of the center create Blessing Bags filled with snacks and toiletries to share with those on the street. They also prepare and deliver hot meals through the Center’s Street Ministry.

“It’s so much a part of our Franciscan spirituality to be bridge builders,” Bro. Andrew McCarty, OFM Cap., said in reflecting on the Center’s activities in this diverse, working-class community. 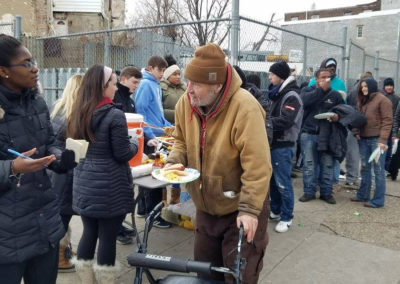 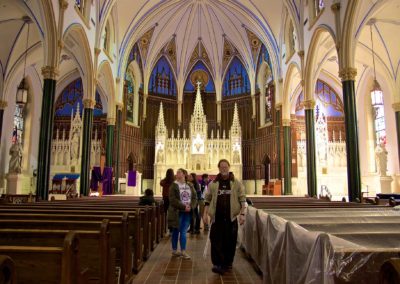 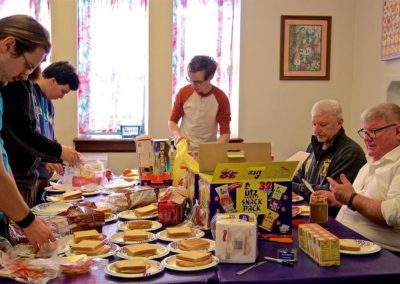 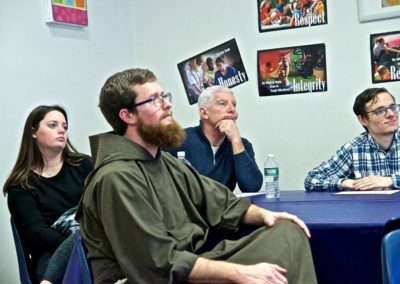 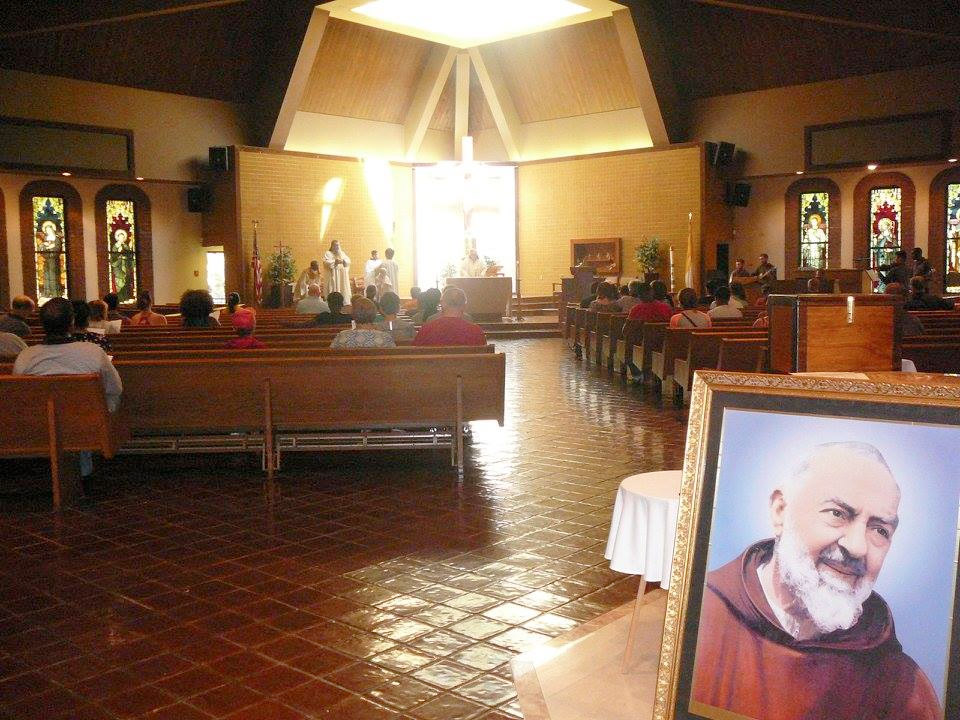 Who is Padre Pio?

Francesco Forgione, who would come to be known as Padre Pio, was born in Pietrelcina, Italy on May 25, 1887. He was invested with the Capuchin Franciscan habit in 1903 and ordained a priest in 1910.

During his apostolic life he was often plagued with ill-health but did not let it hinder his ministry. He overcame persistent opposition and gained a significant following.  Known for his simplicity and devotion, huge crowds from diverse backgrounds traveled to hear his message of hope, preached in spite of his suffering, notably from the stigmata.