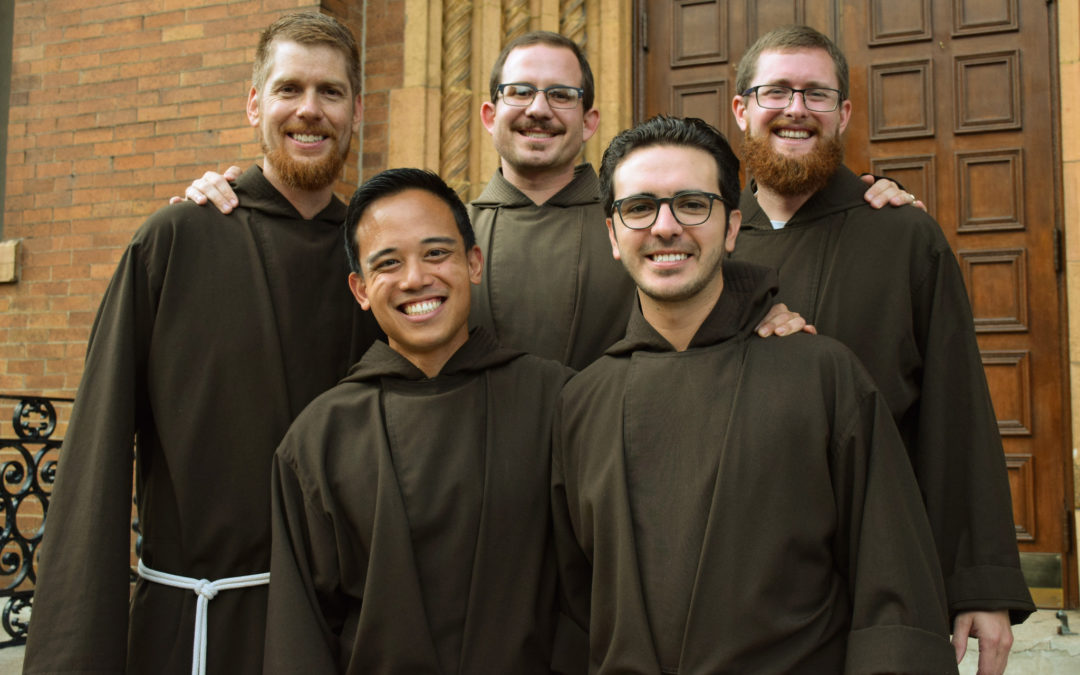 It was the promise of a lifetime – to live the Rule of St. Francis…forever.

On August 18, Brothers Tommy Piolata, Ross Henley, David Domanski, Alex Hostoffer and Andrew Corriente made their perpetual profession in the presence of their families, friends and Capuchin brothers.  St. Augustine Church was filled to capacity for the Mass of Profession.

Provincial Minister Fr. Tom Betz received their vows on behalf of the Capuchin Order.  In his homily, Fr. Tom preached about following Christ in the spirit of St. Francis and encouraged the young friars to live as Capuchin friars with courage, conviction and zeal.

The profession of final vows is the culmination of many years of discernment, prayer, inner conversation and spiritual guidance.  These men of faith come from a host of backgrounds, although ironically, four of them call Ohio home.

Each of the newly professed friars will continue their academic studies in preparation for their ministerial lives as Capuchin priests and brothers.

Bro. Ross Henley calls Ashland, OH his hometown.  The first of seven children born to Lawrence and Deborah Henley, Bro. Ross graduated from Franciscan University of Steubenville in 2008 with a major in mathematical science.  For the past year, Bro. Ross worked at Padre Pio Evangelization Center in Philadelphia.  Immediately after profession, he returned to Washington, DC, to resume his theological studies at The Catholic University of America.

From Columbus, Bro. Tommy Piolata is the son of Thomas and Carla Piolata.  He earned his Bachelor of Arts degree with honors in 2012 at St. Louis University.  Bro. Tommy majored in philosophy, classical humanities and Italian studies.  After three years of studies at The Catholic University of America, Bro. Tommy has been assigned to Rome for studies in Franciscan philosophy and spirituality.

Born in Cleveland, Bro. David Domanski is the son of Theresa and John Domanski.  He graduated from the University of Cincinnati in 2001 with a Bachelor of Science degree in industrial design.  He is now in theological studies at The Catholic University of America.

Bro. Alex Hostoffer is a native of Columbus, and the son of Robert and Karen Hostoffer.  He began college at Northwestern University in Evanston, IL, before completing his studies at Case Western Reserve University in Cleveland where he received his Bachelor of Science degree in economics.  Bro. Alex is pursuing a Master’s Degree in philosophy.

Bro. Andrew Corriente hails from Arcadia, CA, and is the son of Rodel and Elna Corriente.  He earned a Bachelor’s Degree from New York University in 2009. Andrew will continue his residence at St. Francis Friary in Washington, DC and his theology studies at The Catholic University of America. 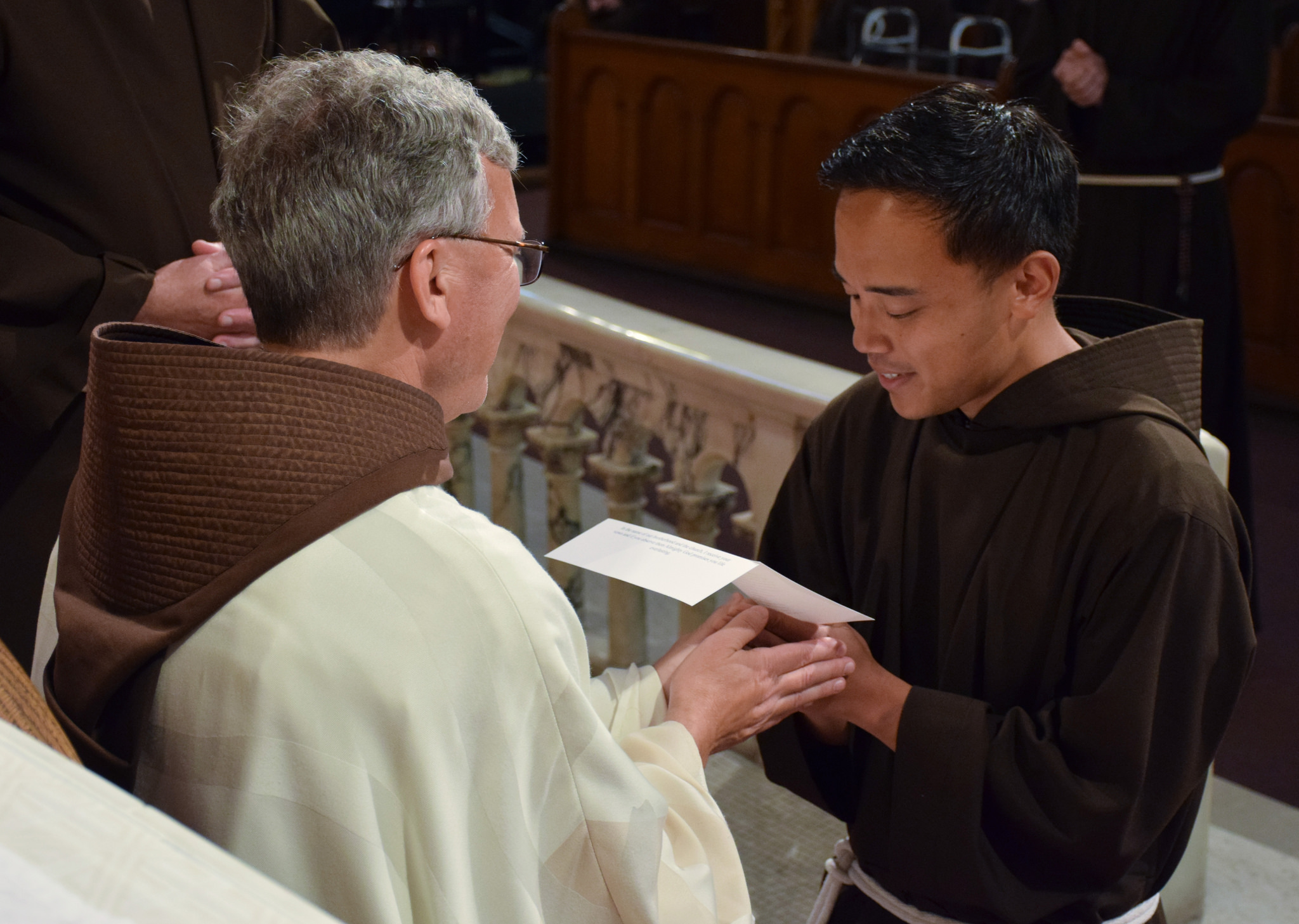 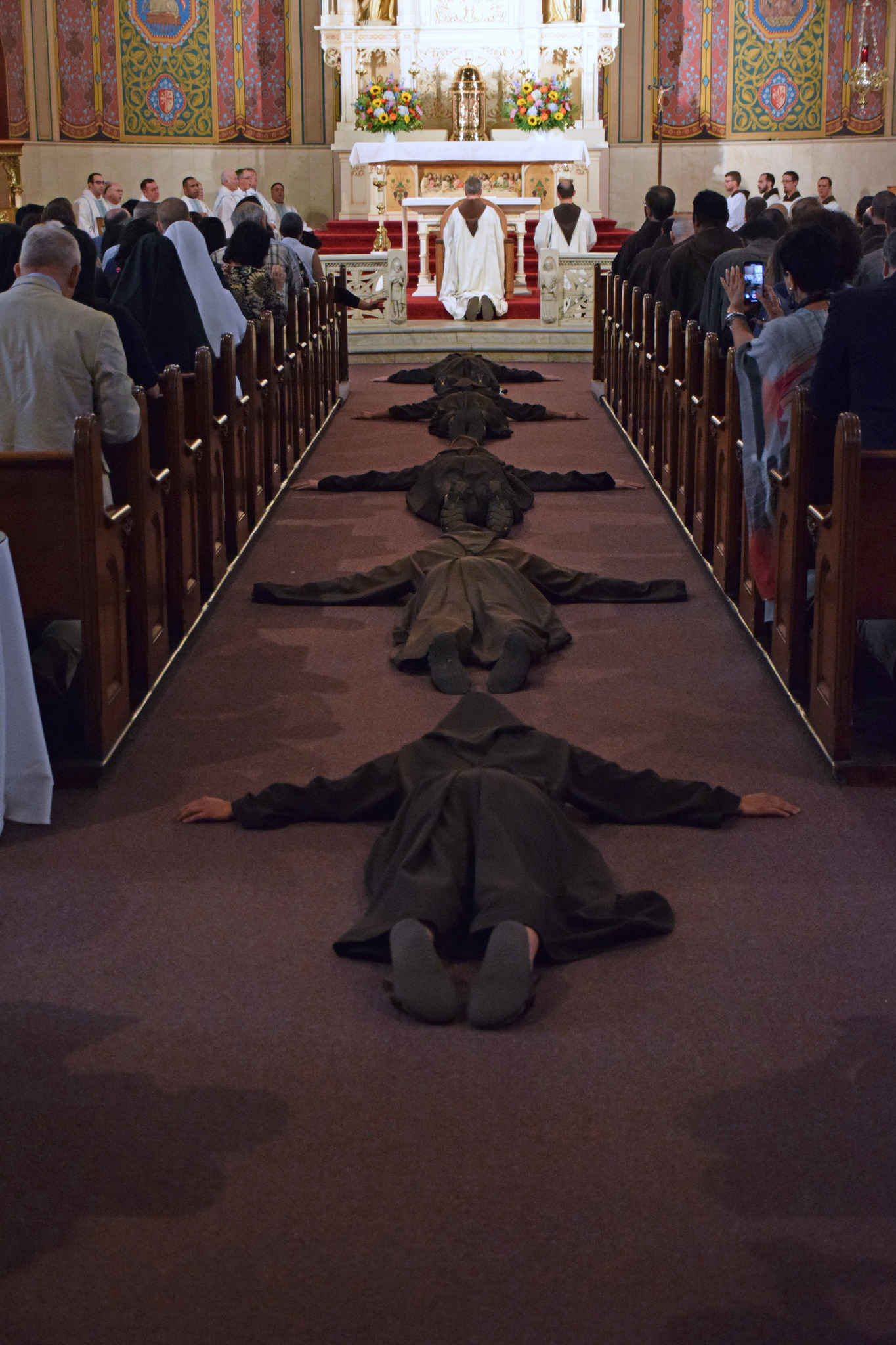