Thanks be to God, Another Ordination! 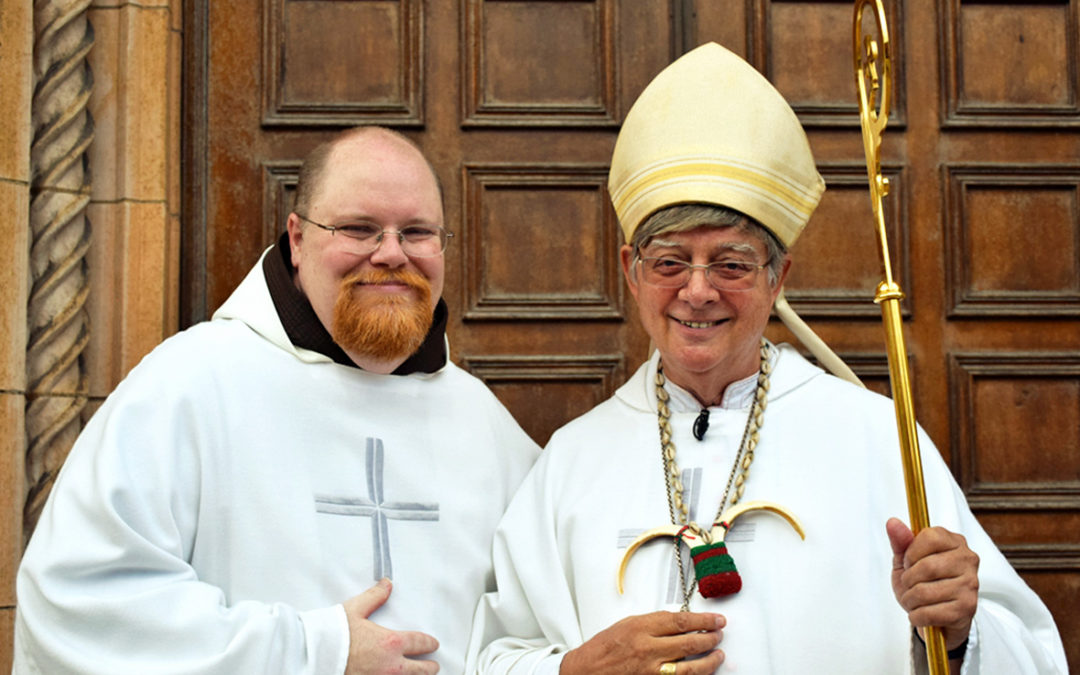 On June 2, Fr. Philip White, OFM Cap., was ordained to the priesthood.

After a year serving as a deacon at Our Lady of the Mountains Parish in Cumberland, MD, Fr. Phil was ordained by Capuchin Bishop Bill Fey of Kimbe, Papua New Guinea. He is the sixth Capuchin friar ordained to the priesthood in less than 12 months.

Growing up in a Navy family, the young Phil lived in many places during his youth.  His father, Philip White, Sr., is retired in Virginia Beach, VA. Fr. Phil’s mother Barbara died in 2002.  No doubt, she had the best seat of all as she witnessed her son’s ordination from above.

After the Mass of Ordination, Fr. Phil returned to Cumberland to celebrate his First Mass.

Phil was enrolled at Tidewater Community College in Virginia Beach when he heard God call him to become a priest. In 2007, he was accepted into the Capuchin Formation Program at Borromeo Seminary in Wickliffe, OH.  He graduated in 2009.

Fr. Phil is gearing up for his first priestly assignment…and it won’t be an easy job. His first ministerial assignment is Chaplain with the Philadelphia Department of Prisons.  Candidly, he is a little nervous.

The newly ordained friar said, “I’ve never been in jail before!”

Thank goodness for that. But Fr. Phil says he is excited for the possibilities of bringing the Lord’s mercy and love to those who are imprisoned.

Reflecting on his past, Fr. Phil recognizes how important the sacrament of reconciliation has been in his own life.  He knows that confession and God’s forgiveness will be immensely important in his work. Father is looking forward to helping people discover God’s love and light in their own lives through his preaching, counseling and ministry in the confessional.

Fr. Phil was drawn to the Capuchins because of their commitment to the Sacrament of Reconciliation.  He wants to carry on that tradition of bringing God’s forgiveness to all.

May God grant Father Phil a priesthood of touching many hearts through the sacraments, preaching and being near to the people he serves. And, may he always be a faithful witness to God’s tremendous love as a Capuchin friar.